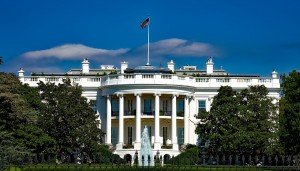 We’re following the Trump transition with great interest. Unsurprisingly, most of the appointees are anti-immigration. Persons opposed to immigration are sometimes called “restrictionists,” since they favor immigration restrictions. Obama had his “team of rivals;” Trump is building his team of restrictionists.

Here’s a brief rundown on the appointees so far:

Steve Bannon, Chairman of Breitbart News, has been named Trump’s Chief Strategist, on equal footing with the White House Chief of Staff. Mr. Bannon’s anti-immigration and anti-globalism/nationalism views are a matter of record. For instance, he has been critical of the fact that there are so many CEOs in Silicon Valley who are immigrants. He’s probably the most criticized appointee so far, based on charges of racism.

Long-time Alabama Senator Jeff Sessions will be nominated to head the Department of Justice, as U.S. Attorney General. The DOJ runs the immigration courts. For as long as I’ve been involved in immigration advocacy, Senator Sessions has been one of the leading voices for restricting immigration in the Senate. He has stood in the way of many key reform bills, including various versions of the DREAM Act.

Rep. Tom Price of Georgia has been tapped for Health and Human Services Secretary. He is on the record as favoring eliminating birthright citizenship and requiring that government services be only offered in English.

And then there’s Ben Carson, former Presidential candidate and now Trump’s Housing and Urban Development appointee. He has said, if elected, that he would eliminate any benefits that might attract persons to enter illegally.

Not to forget Vice-President Mike Pence. He has a 100% voting record on immigration, according to the Federation for American Immigration Reform. The Southern Poverty Law Center has called FAIR a hate group. Pence supports the wall, ending birthright citizenship, and declaring English as the official language of the U.S.

There’s more to come, too.

Kris Kobach, currently the Secretary of State for Kansas, has been a key advisor to Trump on immigration, and is reportedly in consideration for leadership roles. He is the architect of several anti-immigration state plans, such as Arizona’s SB 1070, which was litigated in the Supreme Court. Kobach supports bringing back NSEERs—a failed registry system—and building the wall. He’s been mentioned as a possible DHS pick, and regardless, is sure to be a continuing advisor on immigration matters.

Also, there is the matter of a vacancy on the U.S. Supreme Court. If President-elect Trump keeps his word, we’ll see an appointee in the mold of Justice Scalia, an original constructionist of the Constitution. Six of the current justices are over sixty-five years old, and two – Ginsburg and Kennedy – are over eighty. Key immigration decisions this last term have covered administrative actions by President Obama on immigration, and how long persons can be detained (months? years?) while awaiting immigration proceedings.